Everton 2 Arsenal 2 – The Warm Down

Lots of theories this week for the Blues’ late capitulation. To my eyes it was pure and simple: Everton just ran out of gas with about an hour gone. 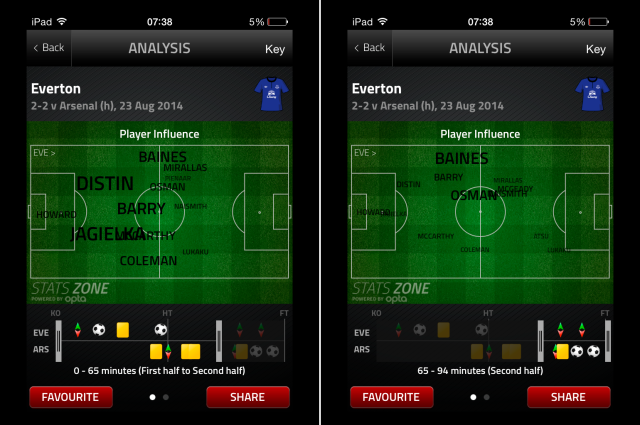 For me the main problem was in wide areas with Mirallas and particularly Lukaku increasingly unable to get involved in keeping the ball in the opposition half. Here’s Lukaku’s first and second half contributions: 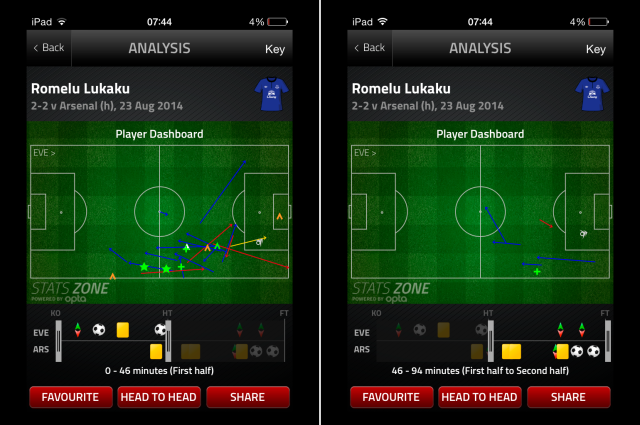 Conversely, Nacho Monreal, so beat up by Lukaku at Goodison this year has a personal Renaissance in the last half hour or so: 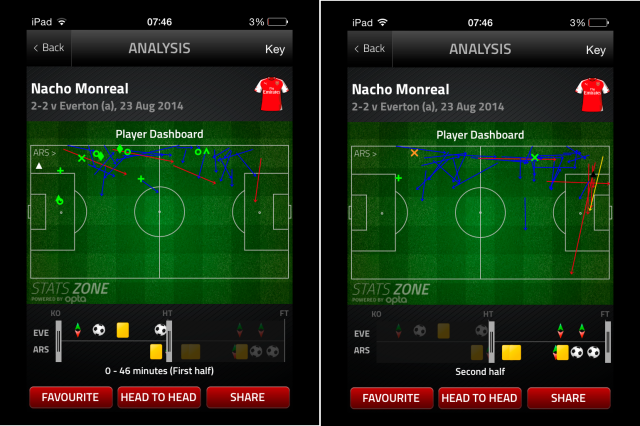 With a lot less challenging, tackling and intercepting to do he ends up peppering the box, setting up Giroud with a peach of a cross in the process. He’s all alone here with Coleman lacking support and unable to close down too:

Going back to the first graphic you can see the nice compact shape Everton have for the first 65mins. The centre backs have lots of possession and Barry and McCarthy look rock solid in the middle. For the last 35 you see Barry drawn out protecting Baines and McCarthy forced deeper with Coleman. Suddenly there’s a gap in the middle for runners:

Here we see McCarthy doubling up with Coleman on Cazorla to no effect. Ramsey piles through the middle:

Last graphic is Arsenal’s first 65mins compared to last 25. Both full backs heavily involved in the push giving Ramsey and Giroud something to get on to. 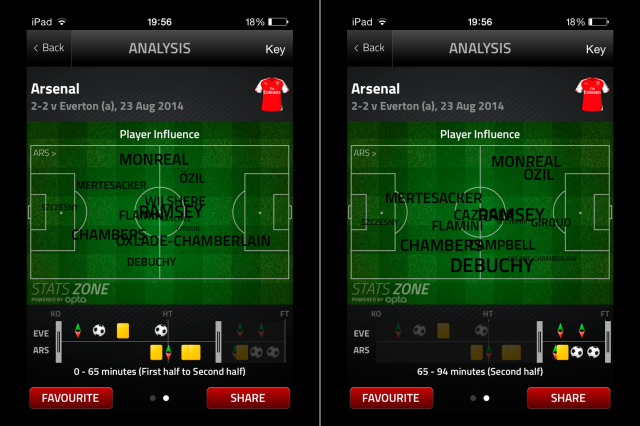 Coleman, Lukaku and Mirallas barely had a pre-season. It’s no wonder they all looked goosed and Everton conceded the flanks late on.

1 Response to Everton 2 Arsenal 2 – The Warm Down